With more than 1.5 million users, Tizeti is the fastest-growing internet service provider in Nigeria – a nation with almost 200 million people with relatively low broadband penetration. The company recently hit a major milestone in the growth of its ISP operations in Nigeria by delivering over 70,000 GB per day of traffic to its subscribers using Cambium wireless networking technology. The company is now expanding its network using Cambium’s cnPilot Wi-Fi access points with ePMP fixed wireless wide area distribution, and cnMaestro™ cloud-based management platform. By using solar power in the majority of its sites, Tizeti is able to rapidly deploy a highly resilient network, despite the challenging local conditions. As part of this effort, Tizeti has also begun deploying Cambium technology in Ghana to deliver gigabit broadband speeds over wireless.

“We are excited to have crossed this important network threshold in record time,” said Kendall Ananyi, Founder and CEO at Tizeti. “This would have been impossible without Cambium’s high-performance technology and disruptive economics. As we continue to invest in our core infrastructure to bring affordable, high-speed internet access to local communities around the country, end-to-end wireless solutions like Cambium’s comprising Wi-Fi access and fixed wireless broadband backhaul will be key to help us deliver the high performance and reliability our

Blackpool has been dubbed the “Silicon Sands” as it was connected to one of the fastest internet connections in the UK, after specialist divers waited six months for the right moment to lay the subsea cable.

At just after 3pm on Sunday the subsea fibre optical cable was laid under the sand dunes where it officially enabled the internet to travel from mainland Europe to New York in 60 milliseconds.

Tony Doyle, head of IT at Blackpool council, said the next generation cable, now part of the North Atlantic Loop,  was “a game changer”.

“We need it to cope with the demands of the internet,” he said.

“Cables from the dot.com era don’t have the capacity whereas this has 40 times the capacity you would have had 20 years ago. This puts Blackpool on the map in terms of international connectivity.”

He said the new cable, which now connects New York, Dublin, the Isle of Man, Blackpool, Newcastle and Denmark, would give Blackpool “a stake in the digital economy and be attractive to companies that want split second connectivity”.

Whilst the fastest internet cable in the UK is in Slough, Berkshire, it does not have the capacity of Blackpool’s latest cable and is deemed too expensive for many traders to use.

Andy Hudson, Chief Network Officer at Aqua Comms, owner and operator of their North Atlantic Loop fibres, said: “Internet connectivity needs to be secure yet agile, flexible and resilient and nowhere is this more critical than in the transatlantic market, one of the busiest oceanic data routes in the world, linking North America to Northern Europe.

“The combination of the shortest, direct route to the USA, and the newest technological assets and engineering capabilities available on the market, makes this a significant 30 plus year investment which could benefit

A customer looks at Dell computers at a Best Buy store in Orem, Utah.

Despite the swelling popularity of phones and tablets in recent years, people have been leaning harder on personal computers while working or studying from home in the past several months because of the coronavirus pandemic.

Acer of Taiwan was the biggest individual beneficiary from the trend in the third quarter, shipping 5.6 million PCs, up 15%, according to the Canalys estimates, which include Chromebooks that run Google-led Chrome OS. The company said Lenovo, the largest PC maker by shipments in the quarter, shipped 19.3 million PCs, up 11.4%.

Microsoft, whose Windows 10 operating system runs on over 1 billion devices, said in May that people are spending more than 4 trillion minutes per month on Windows 10, up 75% on an annualized basis.

Other firms such as Gartner and IDC have not issued third-quarter estimates yet. Gartner said in July that second-quarter PC shipments grew 2.8%.

WATCH: HP Inc CEO on strong Q3 sales: ‘We have never shipped so many PCs’ 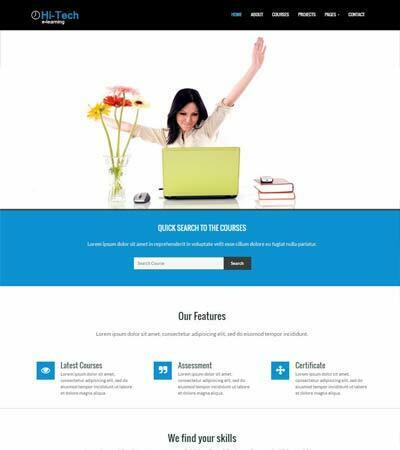 Social media marketing is moving front and heart relating to insurance coverage agency internet marketing strategies, which may embody different phrases resembling insurance company search engine advertising and marketing or insurance coverage company search advertising optimization. Whereas the original sport was positively my favourite within the sequence (and one of the best tycoon games of all time) RCT2 is a detailed second and with this bundle the amount of rides and scenarios you may get is greater than enough to maintain you busy.

This page features my private favorite games from the style with a mix of options (free, paid and browser based mostly) that will guarantee everybody can discover a game that fits his or her needs. The website was originally social-centered, however now has incorporated quite a few games and prizes (which has confirmed very successful).

The game places emphasis on social engineering and also doesn’t embody the tax or zone methods current in the earlier games. The game also boasts tonnes of visible customisation options for buildings and other people. Boards can get very large, so you only have to cost a small quantity or perhaps a one-time payment for individuals to access it, and you may nonetheless earn large quantities of money.

However there may be the bigger disadvantage of Internet, and the biggest benefit from books: The data you get from Web can not be a hundred% proper, as a result of everyone can write on Internet about every thing, altough some improvements, for instance the wikipedia is written by amateurs and other people keen to add content material to the internet, however every article is reviewed and corrected by an professional.

The social games on Tagged have a nice spin on them in that they are part of the invention course of. We could …