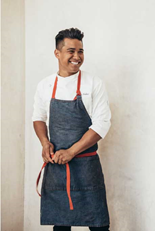 Andino will discuss his role in the development of ClickStream’s WinQuik™ App, as well as the multiple shows he’s set to host when the app launches this week. The mobile and digital gaming platform is designed for users seeking the thrill of live competition. WinQuik™ will debut with seven initial game hosts featuring 26 different trivia genres. Winners of each live daily show will be eligible to win real cash and prizes by competing against other users in rapid-format trivia.

ClickStream is actively identifying TV and entertainment personalities to expand programming as the company scales to deliver the world’s first synchronized mobile and digital network.